The unusual story of Usson's castle 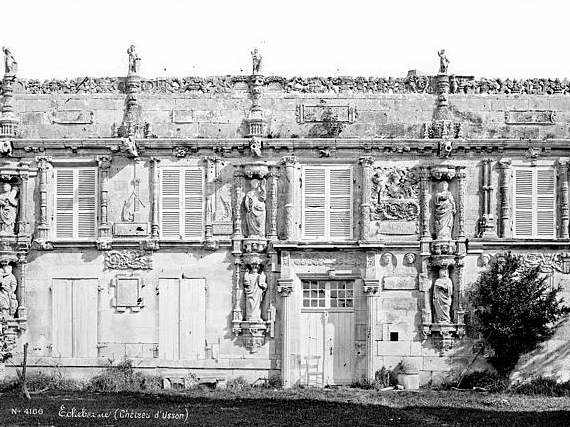 In 1536 Jean de Rabaine commissioned one of the greatest architects of his time, Nicolas Bachelier, a pupil of Michelangelo, to build a château. The Château d’Usson, with all the characteristics of a classic Renaissance château was built in the village of Echebrune in Charente-Maritime, 8km from its present site.

However, during the Wars of Religion led by Richelieu in the 17th Century, the Protestant Rabaine family was persecuted and the Chateau was partially destroyed.

The descendants of the Rabaine family were unable to afford the reconstruction of the Chateau and it remained more or less in ruins until it was bought by William Augereau in the 19th Century.

The reincarnation of the castle in Pons*

William Augereau was the young heir to a bourgeois family living at the Château des Egretaux in Pons in the middle of the 19th Century. William found his family home to be lacking in charm, so he chose the romantic ruins of the Château d’Usson as the rendez-vous for meetings with his fiancée.

Once they were married, the couple bought the ruined Château and decided to renovate it in memory of their romantic meetings. However, the death of William’s father at the end of the 19th Century, meant that William suddenly found himself in possession of not one, but two châteaux! So he came up with the slightly crazy idea of moving the best-preserved parts of the Château d’Usson, stone by stone, from Echebrune to Pons so that he could build a new château on the site of his old family home. Let us remember that 7 kilometres separate these two castles ! 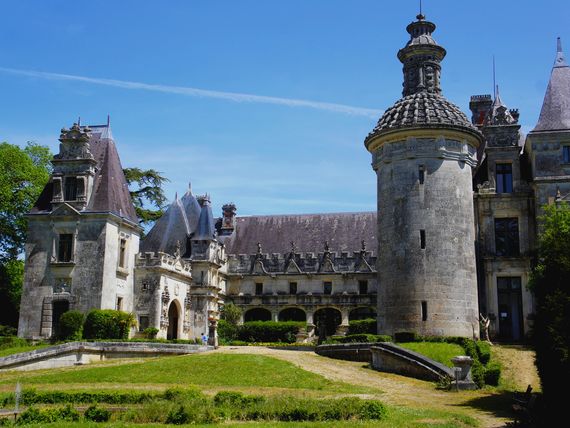 A castle moved and rebuilt stone by stone

It took five years of meticulous and hard work before Le Château d'Usson became what we admire today.

William Augereau designated himself as chief architect and made numerous changes to the layout of the rooms : the new building was very different from the original, but nevertheless the general appearance of a Renaissance château was retained.

The new life of the castle : Have families discover it through a big treasure hunt

William Augereau died without descendants and as a result, in the years following his death, the Château d’Usson passed through many hands, some of them far from scrupulous. During the 1980s the Château was stripped of some of its ornaments by its then owner, who then went on to sell them abroad. The State intervened and put the Château up for sale.

It was not until 1998 that Philippe Lapouyade bought the Château d’Usson with the idea of creating a giant treasure hunt which would allow visitors to discover this lovely Renaissance château and its grounds : The Château des Enigmes Activity Park opened its gates the following year. 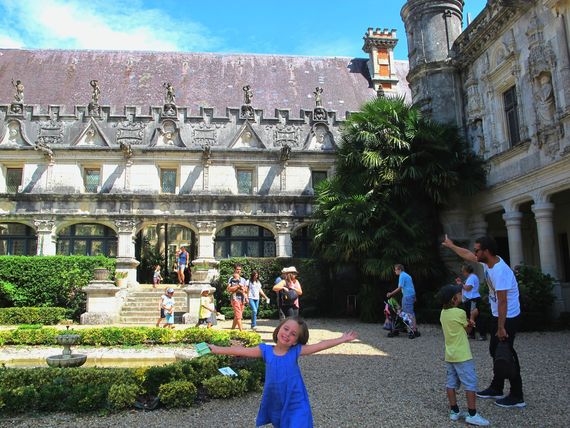 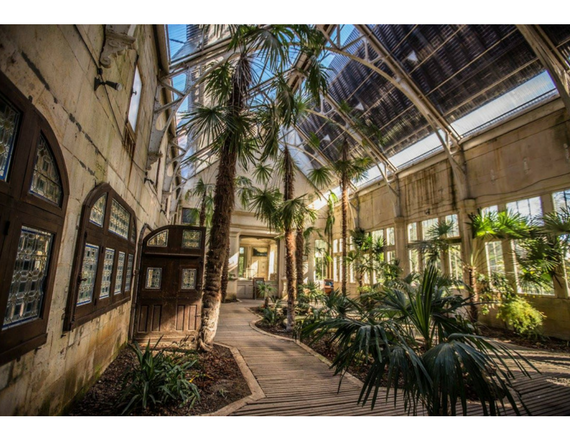 The winter garden was created in the 19th century during the reconstruction of the castle. It was decorated according to the standards of that time. On both sides of the winter garden, two large windows serve as a separation between the living room and the dining room. An ingenious pulley system allows to entirely raise up these two windows.

But what catches the eye are the forged iron arches that support the transparent roof, giving an effect of greatness and excessiveness in the room. Obviously it was the purpose of William Augereau who was seduced by the majestic railway station halls, and wanted to reproduce this effect of excessiveness in his castle. By the way the arches have been ordered to his dear friend Gustave Eiffel. The slate covering that overhangs the glass roof was added not only for aesthetic reasons but also to bring a little freshness to the vegetation.