The troubled history of the Château

Situated in the department of Loir et Cher, 17 km from Vendôme, the Château de Rocheux was once one of the ten manors of the barony of Fréteval.

The first Lord of Rocheux was Jehan de Morée in 1238 (archives of the Hospital of Châteaudun). He lived in the orignal château in the 13th Century. The De Morée family remained as lords of the manor until the 16th Century, when they were succeeded by the Beauxoncles family.

In 1586 the manor consisted of “a stately home, courtyard, stables, all surrounded by walls and large ditches with a drawbridge, a barnyard with a dovecote and outbuildings, also walled and surrounded by ditches, beyond which is a pathway, warren, garden … »
(Arch. Nat. Q i, 495, fol. 98, v0) 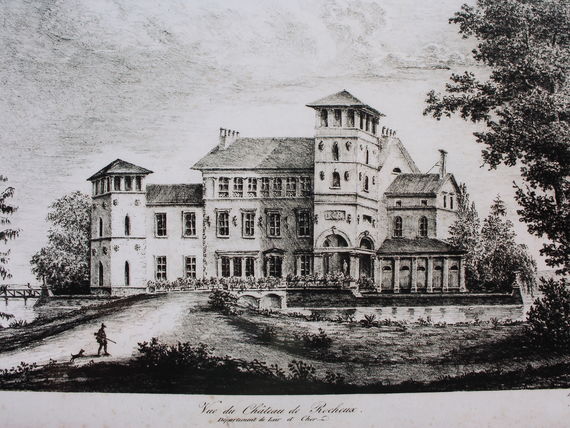 It was notable that, at this time, while the château itself stood in the commune of Fréteval, its outbuildings, standing ten metres away, were part of the commune of Lignières.

After being run as a « maison de maître » for many years with the owners living off the land and income from the adjoining farms, a large part of the estate was sold and the chateau once again became a hotel – many years before it had been used as a coaching inn offering accommodation to passing travellers.

In 1996 the hotel-restaurant closed for good following the bankruptcy of the recording studios situated in one of its outbuildings. After the sale of the property, the estate – consisting of the château, the two outbuildings and their grounds, forests and lakes, in total an area of around 44 acres – was sold at auction to Laurent Guerre-Genton and his family, who have made it their home.

In 2014 the château was given a new lease of life when it becames the Château des Énigmes – Val de Loire.

The lordship of the manor changed into the hands of the Rochechouart family in 1606 when Jeanne de Beauxoncles married Rene de Rochechouart.

In 1690 Rocheux was acquired by Marc-Hyacinthe de Rosmadec, viceroy of the French West Indies and governor of the islands and mainland of America, and in around 1720 one of his descendants rebuilt the chateau. At this time the domain covered almost 1,235 acres, and included many farms : « “… He had the power of all aspects of justice over everyone in his domain, regardless of status. There is no direct evidence of his vassals paying hommage to him. However, according to state records from 1762, he had various vassals who were responsible for reporting directly to him …».

In 1791, the château was bought by the le Trosne family who rebuilt it in the style of an Italian villa.

It was at the end of the 19th Century that the Count of Villebresme transformed the Château de Rocheux and its remarkable outbuildings into what we see today.His family shield can still be seen in the main room (the wrought iron doors, the stained glass, the coat of arms).

The Chapel of Notre Dame du Sacré-Cœur, adjacent to the château, almost certainly dates from the time of the Count of Villebresme, although the archives don’t give the specific date of its construction. 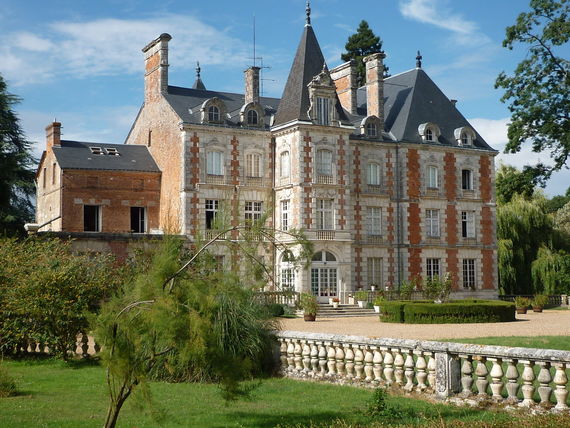 OTHER ADVENTURES ON SITE...